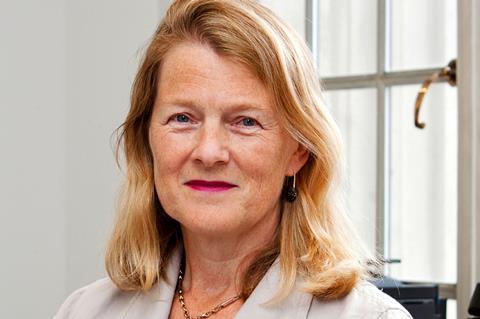 Suppliers are concerned and retailers are confused. Christine Tacon, the outgoing Groceries Code Adjudicator, said in her final annual conference she wanted “to see the retailers build for themselves a whole-organisation approach to code compliance”.

The GCA did not say she would introduce a self-regulatory regime but suppliers are worried. In its response to the Department for Business Energy & Industrial Strategy’s statutory review of the GCA, the Food Ethics Council said “we do not support introducing self-regulation of the sector and do not believe that a voluntary approach would be effective”.

I have been asked by designated retailers and suppliers if the GCA will disappear in April. There is no need to worry – the GCA will be around for at least another three years.

There are, however, a few things to bear in mind when considering the idea that self-regulation is just around the corner.

First of all, and those who have been around for long enough will remember, we have had self-regulation before, in the form of the Supermarkets Code of Practice. SCOP came in after the Competition Commission investigated the grocery market in 1999/2000. It contained many of the same provisions as GSCOP, but was a code retailers signed up to. There was no regulator.

SCOP did not work so the Competition Commission did another investigation, which led to GSCOP. GSCOP was not voluntary because the Competition Commission believed the large grocery retailers were abusing, or were capable of abusing, their bargaining power. In 2010, when GSCOP came into force, it covered the 10 largest grocery retailers. Since then, and just this year, three more retailers have been added.

After GSCOP, in 2013 we got the GCA and in 2015, the GCA got the power to fine retailers. So it took 16 years to get a regulator with some teeth. The Competition & Markets Authority is not about to throw the towel in now.

As to the GCA’s strategy itself, it is important to bear in mind Tacon did not say she wanted self-regulation. She said she wanted retailers to put “their compliance management thinking into their overall governance structures, their legal and audit functions as well as their internal systems and processes, into their training and their communication with suppliers.”

For me, this arose from her investigation into the Co-op. The law required buyers to be trained, but in practice many other departments could also make decisions that affected a supplier’s relationship with a retailer. That is why the GCA is trying to encourage retailers to build in compliance throughout their business.

It is also important to bear in mind that the GCA does not have the power to change her role. The GCA has powers to investigate and arbitrate, that is all. Moreover, BEIS agreed with the CMA in February 2018 that the CMA would try and designate more retailers on an annual basis. BEIS has also announced a new GCA will be appointed in June, so suppliers can sleep easy at least until 2022, when BEIS undertakes its next statutory consultation on the role of the GCA.