Christine Tacon has been shortlisted for the public sector director of the year at the 2019 IoD London & South Director of the Year Awards.

The finalists were chosen from the hundreds of directors that entered or were nominated across nine different categories.

The expert judging panel will now convene to decide the overall winners to be announced at the awards ceremony on Thursday 20 June 2019 at the iconic 116 Pall Mall, the home of the Institute of Directors.… 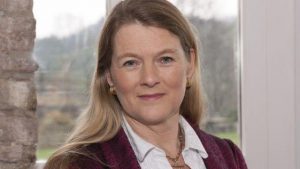 The grocery regulator has clashed with MPs after they accused her of not being willing to take on powers that would provide more extensive protection to supermarket suppliers.

The business, energy and industrial strategy committee expressed frustration with Christine Tacon, the Groceries Code Adjudicator, after she said she did not need any more powers and resisted offering a view on a number of issues affecting suppliers.…

Gender equality: Why British agriculture is in need of a culture change

With gender equality in the workplace rising up the agenda, Christine Tacon spoke to Olivia Midgley about why she thinks agriculture is in need of a culture change. Throughout her 40 years in business, Christine Tacon has enjoyed senior roles at some of the world’s biggest companies, including Mars, Vodafone and Anchor/Fonterra.

Report of the investigation into Co-operative Group Limited 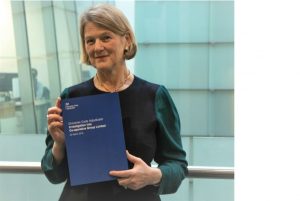 The Co-operative Group has avoided a fine from the grocery regulator despite being found guilty of “widespread” failings in how it treated its suppliers.

A year-long investigation by the Groceries Code Adjudicator found that the supermarket had dropped suppliers’ products without due notice, levied unfair charges on them and unreasonably varied their supply deals.

GCA got the right result on Co-op code compliance breaches

Letter to The Grocer, October 2018

As reported last week in The Grocer ‘Women in Agribusiness Award’ the USA appear to have recognised Christine Tacon, The Grocery Code Adjudicator’s, impact on the UK Grocery retailers more fully than some of our own institutions….…

Hailed as a “dynamic businesswoman who has had a major impact in agribusiness and the food sector”, Christine Tacon is credited with transforming the largest farmer co-operative in the UK from operating at a huge loss to ending with an $8 million profit, and a $30 million increase in revenue.… 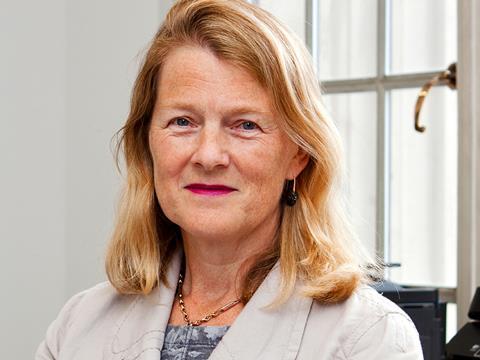 Tacon, who took up the role in 2013, was nominated by peers to receive the Women in Agribusiness Demeter Award of Excellence in the US.…

As retailer behaviour improves should the Adjudicator go harder or go home?

Adjudicator role changes could cause a clash with retailers

As suppliers face Sainsbury’s-Asda squeeze, who can help them?

Adjudicator Christine Tacon said today that size did not matter when it came to the prospect of her protecting suppliers from a combined Sainsbury’s and Asda behemoth.

“Size makes no difference to my ability to regulate them,” Tacon told members of the Environment, Food and Rural Affairs Committee when asked by chairman Neil Parish what she planned to do to stop the companies “stitching up” their supplier base.…

How scared should suppliers be about the Sainsbury’s-Asda merger?

Sainsbury’s doesn’t much like its suppliers. Harsh, perhaps. But it’s got form, going back years, particularly on the branded side, where it’s regularly gone out of its way to drive customers towards own-label lines, through ad campaigns, till vouchers and other mechanics.…

The business world seems to have been taken aback by the revelation of plans for a merger between Sainsbury’s and Asda, despite the proposal being seemingly well-advanced.…

Tesco is urgently working with buyers at Booker to ensure its newly enlarged business is compliant with GSCOP rules.

With the Code currently only covering the top 10 supermarkets in the UK, Booker’s activities have not previously been covered by the Adjudicator, Christine Tacon.  However, having worked hard to improve its dealings with suppliers since the 2014 accounting scandal, Tesco is reported to have called for a “culture change” amongst buyers in the Booker operation.…

Morrisons has announced the launch of a new online supplier portal it claims will boost transparency and long-term relationships with its supplier base. The retailer said the move was a response to concerns from suppliers and followed other moves to simplify trading relationships in its supply chain.The free portal would include all commercial agreements stored in one, secure place, visible to both suppliers and Morrisons at the same time, it said.

September 2011 – Trying to make a difference

A response to the Future of Farming, a three-year study headed by Professor Sir John Beddington

December 2010 – Byte-sized glad tidings to you

The advantages and disadvantages of technology in farming

October 2010 – Some time off for farmers

A comment on the long hours culture in farming

Engaging employees and getting their feedback

January 2010 – Getting the message right

Tailoring the message, for example on the issues of bovine TB, to the audience

Enticing the next generation into farming

October 2009 – Leaving nothing to chance

Weather and the volatility of farming

Looking after the bees

Brussels is proposing a crackdown on powerful food buyers that force predatory terms on small suppliers, in a move to protect producers that has alarmed some large European retailers.

Phil Hogan, EU agriculture commissioner, will on Thursday unveil a package of reforms to ban “unfair” contract terms and empower national authorities to police the conduct of big buyers such as supermarkets and food production companies.

The proposal would set minimum standards so member states can take action “to protect the more vulnerable [suppliers] in the food chain,” said Mr Hogan in an interview with the Financial Times.…

Taking Tacon down the farm was never going to wash

It’s no wonder farming groups are disappointed by the government’s decision not to extend the powers of the Groceries Code Adjudicator, Christine Tacon, to cover primary producers.

Going back now at least three years, they have been strung along by successive governments into holding out hope that the Adjudicator might be ordered to descend like an avenging angel to stop them being bullied by the big, bad supermarkets.…

Time for a new approach to food assurance

Does anyone remember the Efra Committee episode where Neil Parish et al tried to get Groceries Code Adjudicator Christine Tacon to answer questions on farmgate prices, despite the fact her role doesn’t have anything to do with meat and dairy farmers, or pricing?…

Food Suppliers ‘Must Open Up About Retailer Abuse’

Suppliers were “finally opening up” but could still be “more forthcoming” in coming forward with their issues with retailers, Christine Tacon claimed.

Writing in her Annual Report and Accounts for 2016-2017, published at the end of June, Tacon reassured suppliers’ that their identities would be protected.…

‘Climate Of Fear’ Must Be Tackled In Grocery Market

The supermarket watchdog is making significant progress tackling unfair trading in the grocery supply chain, but more must be done to tackle the “climate of fear” that stops suppliers speaking out.

That is the conclusion of the government’s statutory review of the Grocery Code Adjudicator (GCA), which also said the GCA had led to a positive “cultural shift” among supermarkets in the way they treat their suppliers.…